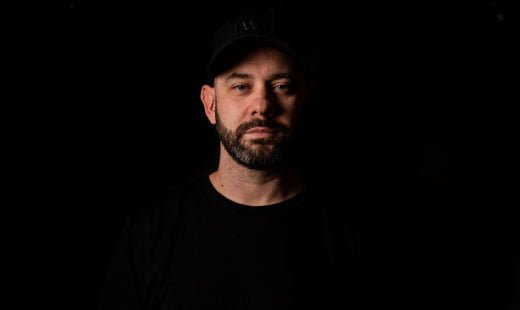 Since forming in 2012, Leftwing : Kody has gone on to become one of the UK’s finest
exports. Both Mixmag and DJ Mag named Chris Adie and Jon Kong – the duo behind the
music – as ones to watch a mere year after they paired up, with DJ Mag even nominating
them for ‘Best Breakthrough DJ’ in their Best of British Awards. In the last year alone, they were named as Beatport’s #22 best-selling artist in 2018, as well as notching up releases on Desolat, Relief, Moon Harbour, Sola, Toolroom, Solid Grooves, Truesoul, Sony &amp; Lost.
It’s fair to say that Leftwing : Kody makes it look easy – a recent tweak to the name reflects
the partnership that sees Chris and Jon sharing tour and studio duties, whilst retaining the sound which has propelled them to the top with Carl Cox, Jamie Jones, Loco Dice, Adam Beyer, Steve Lawler, Nic Fanciulli, Yousef, Green Velvet, Matthias Tanzmann, Hot Since 82 and Andrea Oliva all supporting their productions over the years.
2018 saw Leftwing : Kody hit dizzying new heights with their track, Snap Back, becoming
Desolat’s best-selling track ever, their Sony-signed remix of Kelis’ iconic ‘Milkshake’ was a
top ten hit and their biggest release of the year, and over 300,000 fans on Spotify streamed their releases a million times in over 65 countries. Throw in two Beatport Top 10s, three Beatport Top 20s and four Beatport top 30s, and it’s easy to see why all eyes are on them aswe move into 2019.
Leftwing : Kody was featured on the line up of the last ever Warehouse Project event at its
iconic Store Street home on NYE 2018, a fitting end to a year that saw them debut in the USwith an eight date tour that included CRSSD Festival and Goldrush Festival, and appear on lineups for Forbidden Forest Festival, Abode In the Park, Fabric in London, EGG in London,
Mas Vida in Dubai, Privilege in Ibiza, and Kaluki in Amsterdam.
Looking ahead, 2019 looks set to continue the momentum that was built in 2018, starting
with a set at the legendary Studio 338 with Loco Dice in January for the Desolat label party,and then releases lined up on Circus, Moon Harbour, Lost, and a killer track on Toolroom that will be dropping in April and is already the subject of hype behind the scenes.