“ALIVE” at VISION is on a rise, with their newest sound and the scene; featuring legends of the techno world, with the mixture of the new generation; presenting luxurious artists over the next two weeks.

Cultivated from skills and experience, released from its intelligent and sophisticated surrealism, techno offers an high quality sound . For techno lovers, this is not a night to miss; satisfying the five senses of human beings, and overflowing the contents of inspiration.

“TRONIC NIGHT” will be held on the first night; presented to you by “TRONIC”, a techno record label, known for releases from “DRUKEN KONG”, active around the globe, an Japanese representative artist.

“TRONIC RECORD” was first established by Christian Smith int 1994. It started with big artist such as Underworld, along with Laurent Garnier, Carl Craig, Jim Rivers, Wehbba, D-Nox & Beckers, as well as ANNA and DRUKEN KONG, whom all have made hits; making the label number 2 in the world of “Top of Techno Labels”. Noir, appearing as a guest this time on TRONIC records, he is an artist with his own label “NOIR MUSIC”, where many hit tunes has been released. Of course, Christian Smith will appear as the main guest. Born in Sweden, and building his tremendous career. Sweden is also home to the infamous Adam Beyer, known for his DJ and record label DRUMCODE. The world’s two largest techno pillars; it will be a precious night where you can feel it roots, history and an insight to the origins of how it began in the Northern Europe. It will be a night to wear the comfiest and fashionable clothes and sneakers, for you to enjoy a night of inspiration.

Click《Join》and you are on discount list.
※You must show your mobile phone screen of joined event page at the entrance. 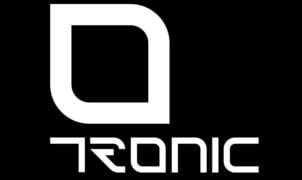 THE STORIES -The earth is a deep universe-