Rebūke is a Irish DJ/producer who is well known by game changer track “Along Came Polly”. Inspired by rave culture via UK, he has created unique taste which is a soundclash of house, techno and rave. He started his career under the name of Reuben Keeney, and then started working as Rebūke.

In 2018, he released his first EP from  Nic Fanciulli’s “Saved Records” and subsequently released from the almighty house label “DFTD” and Adam Beyer’s “Truesoul”. “Along Came Polly” released from Jamie Jones’ “Hot Creations” was a huge hit and topped # 1 on Beatport for many weeks. His EP “Jump Ship” released by Claude VonStroke’s “Dirtybird” also won the first place on the BBC Radio 1 Dance Chart and received praise from famous DJs such as Diplo and Fisher. “Rattle”, released last year on Adam Beyer’s label Drumcode, has also been a huge hit, and Rebūke’s unprecedented attention in both house and techno scenes is undeniable.

Last year, he performed at Tomorrowland, elrow and other big festivals. At BBC Radio 1 live at Ibiza, he played incredible b2b set with Monki. UK dance music gulu, Danny Howard, named him as one of 3 Future Fire stars for 2019. After his touring around South America and Australia, he’ll make his Tokyo debut at special first anniversary of EDGE HOUSE!

“EDGE HOUSE”, which started in 2019 at Shibuya Vision, is an event where you can enjoy wonderful sounds, space, fashion and even fragrance. It quickly became a very popular party last year. Come to “EDGE HOUSE”’s first anniversary at their home venue “Shibuya VISION”.

Join the event for ¥500 off!
Click《Join》and you are on discount list.
※You must show your mobile phone screen of joined event page at the entrance.

Attend the RA event for ￥500 off !! Click ” Attend ” and you are on discount list !! ※You MUST show your mobile phone screen of attending the event page at the entrance.

You must be 20 or over with Photo ID to enter.
本公演では20歳未満の方のご入場は一切お断りさせて頂きます。 年齢確認の為、ご入場の際に全ての方にIDチェックを実施しておりますので、写真付き身分証明証をお持ち下さい。 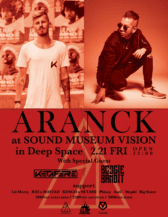 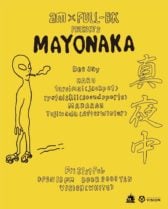