Amine Edge & DANCE is a duo from Southern France. Amine Edge originally made house music tracks and DANCE was a hip-hop producer. The collaboration between the two has taken inspiration from R&B, Hip Hop, and Funk as well as House and captivated audiences around the world.

Amine Edge & DANCE has produced lots of hit tracks for several years. In 2017 the 90’s deep house anthem remake “Lovelee Dae” released from “Defected”  has entered in the top charts. In 2018, they released a series of hits from Solardo’s “Sola”, “DFTD” and “ABODE”. This year, tracks from the UK house label “Toolroom” and their own label “CUFF” are also in the top charts. From their own imprint “CUFF”, producers who appeared in EDGE HOUSE such as Tim Baresko and Prok & Fitch also released their own releases.

Amine Edge & DANCE was appeared in big festivals such as EDC Las Vegas, Defected Croatia and Coachella.  They are resident at Ibiza’s famous club “Eden” and busy for Europe and US tour this year.  They played at Shibuya VISION last year and bring back their great vibes to Shibuya VISION again!

Why don’t you come to the party “EDGE HOUSE” where you can experience nice sound, atmosphere, perfume and more!

Join the event for ¥500 off! Click《Join》and you are on discount list. ※You must show your mobile phone screen of joined event page at the entrance.

YOU MUST BE OVER 20
本公演では20歳未満の方のご入場は一切お断りさせて頂きます。 年齢確認の為、ご入場の際に全ての方にIDチェックを実施しておりますので、写真付き身分証明証をお持ち下さい。 Must be 20 or over with Photo ID to enter. 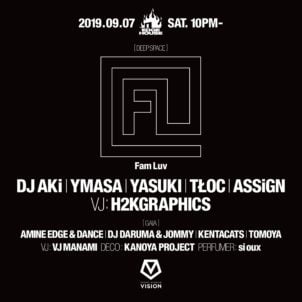 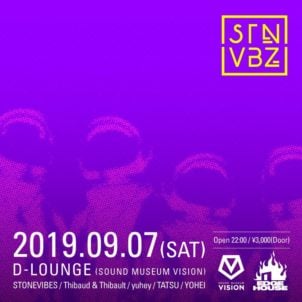