EDGE HOUSE will start a new collaboration party with SUSHI RECORDS. For the first party,
the Australian house duo “Yolanda Be Cool” will come to Japan on March 6th.
SUSHI RECORDS is a Japanese indie dance music label leads by JAXX DA FISHWORKS. It deals with not only house music but also bass music and pop music. The label released records by Mark Knight, Noizu and Dom Dolla to name a few. And further releases are coming this year.

The Australian duo “Yolanda Be Cool” released “We No Speak Americano” with DCUP from Sweat It Out in 2010. The track became a huge hit and marked no.1 hit in 22 countries. Since then, they have released tracks not only from Sweat It Out, but also from famous labels such as Spinnin’ Records and Dim Mak Records, and also from SUSHI RECORDS. In recent years, “Chilimanjaro” which is a collaboration with Cut Snake, and “Dance and Chant” have been breaking hit. In 2019, they released “Space Jam” from “Solotoko”, a label led by Sonny Fodera. Appeared at Ibiza’s popular party BODYWORKS and Chris Lake’s Black Book Records label party etc, “Yolanda Be Cool” excites audiences all around the world, and finally, they will come back to Japan to perform their DJ set!

You can enjoy the wonderful sound and space, fashion, and even the fragrance at EDGE HOUSE. The party will surely be even more exciting since it already became a very popular party. At the start of our sophomore, we’ll invite Yolanda Be Cool and wonderful artists are coming in a row!

Join the event for ¥500 off!
Click《Join》and you are on discount list.

You must be 20 or over with Photo ID to enter. 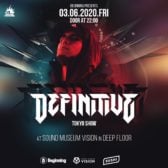 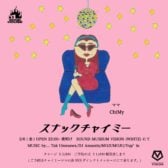